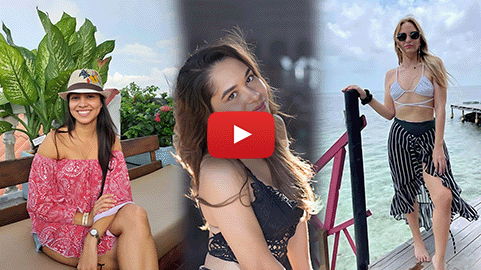 Cartagena’s History --- A Brief Look on its Past

As Colombia continues to record its eventful history, Cartagena has actively taken its significant part, being the seat of Spanish power and trade during colonial times, a major contributor to Colombia's independence, and a favorite tourist destination today.

The history of the city has greatly affected the people, aside from the Culture and Traditions of Cartagena. How refined the Cartagena people are today has been shaped by the fascinating history of the place. One of the overwhelming characteristics of Cartagena women that you will notice is being very nationalistic and patriotic. In simple ways they show respect and value to their nation in general. You will find many of them wearing bracelets, earrings, and other pieces of jewelry, as well as carrying keychains, bags, and wallets with national emblem and the flag colors on them.

Read on for a comprehensive and detailed look at the worth-recounting history of Cartagena from pre-colonial times to today.

Cartagena, Colombia: Looking Back at Noteworthy Events in its Past

A port city on Colombia's Caribbean coast places two remarkable parts of its history --- its past and present. Cartagena has two contrasting neighborhoods: the ultramodern developed hotel-filled Bocagrande and the Old Walled City. These two popular places in Cartagena depict the progress it has gone through different eras.

Run through these noteworthy events in the past of Cartagena and relate how it has shaped its present-day.

Walled City Cartagena: The Strong Wall It Has Become Today

Cartagena's independence is annually commemorated on November 11. While this celebration is focused on the city of Cartagena, this is a national holiday as the independence of Cartagena is seen as a key event in the struggle for freedom in entire Colombia and other parts of Latin America.

Despite all the changes, the 'walled' Old City remains unchanged. It continued to prosper through the export of oil, platinum, coffee, sugar, tobacco and textiles.

The long history of Cartagena has left a number of historical treasures which made the city a UNESCO World Heritage Site in 1984. Along with its year-round warm weather and Caribbean beaches, the number of tourists who travel to Cartagena has increased.

Today, Cartagena has rapidly expanded and is now home to over 1 million inhabitants and is still the country's largest port and source of petrochemicals.

More than its compelling past, there are a lot more reasons why foreign people should visit Cartagena, Colombia. Considering the fact that it is home to some of the alluringly beautiful Latin women, a single foreign man who is searching for international love and adventure should not miss to date a Cartagena girl.

Sign up on our site for FREE to know more about Cartagena and its women. Get the chance to join one of our singles’ tours to the Old Walled City!